Gov't Mule has been an important part of the history of rock music bridging the southern rock and jam band genre since 1994. As a member of both The Allman Brothers Band and Gov't Mule, Warren Haynes has contributed a vast amount of music to both bands and many times the songs were also covered by both bands.
As My Blue Sky added more songs by Gov't Mule to our repertoire it was apparent that we had over 100 minutes of their music and we could actually do full sets and even shows of just the music of Gov't Mule. Since we honor the music of the Allman Brothers family of bands, we are proud to also occasionally perform as My Blue Mule! 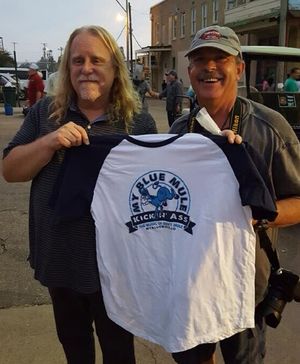